We have a Place!

We finally have a place to move into. I am so happy! It is a duplex, but it is large and lovely with a fenced in yard for the kids and beautiful garden. 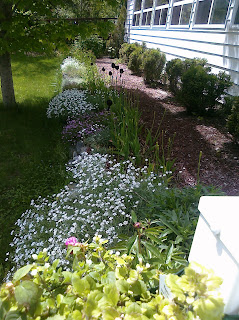 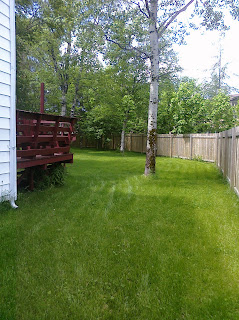 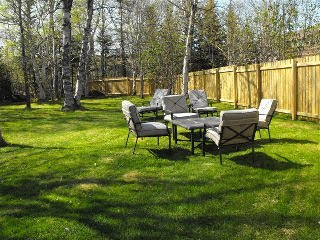 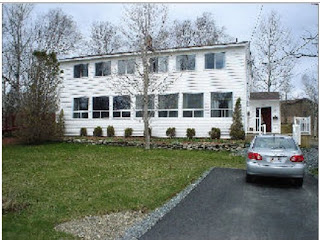 Dear You Know Who You Are:


Since you neither of you are doctors, or even have a University degree, you will forgive me if I believe my doctor before I believe you. Since I live with my daughter, you will forgive me if I assume I know more about my daughter than you do. Despite what you may think, she does not just need more discipline. She gets plenty thank you very much. She is a high functioning autistic! She may look like everyone else, but she isn't. She needs support, not yelling.

And I homeschool her because it is what is best for her. She was miserable in public school. And I don't think forcing the school to keep her and not send her home when she is cowering under a table screaming and covering her ears would have been the best thing for her. Not for the school FOR HER! Being homeschooled is not going to make her have low self-esteem, being in public school was pummeling her self-esteem. She was scared of the police because she was convinced that they were going to come and arrest her because she was a bad girl. She was convinced that Santa would never come because to the depths of her soul, she was certain she was a bad girl. When asked to describe herself. she said she was weird and bad. That was all she thought she was. She got so low, she WANTED TO DIE!!!! I am working to repair the damage that public school did to my daughter, so don't you dare tell me that it would be better for her. I KNOW HER and I would rather walk over hot coals barefoot slowly than put her back there.

Don't tell me what is best for my girl. Trust me, you are not my role models in how to raise children. I have seen homeschooled teenagers, if my girl turns out like any of them, I would only be proud.

My girl is SPECIAL, UNIQUE, WONDERFUL and a HANDFUL, and I do NOT require your input on how to raise her!

I saw that Lisa-Anne at The Berry Patch was doing a Weekly TOS Crew Blog Walk and I thought it was a marvelous idea, so I joined in! 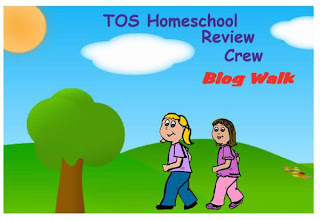 Thanks to Debbie at Debbie's Digest for the cool graphic!
This week has me checking out the following ten blogs. These are all members of this year's TOS Homeschool Crew.

This has been so much fun for me and it's so much fun (and so encouraging) to the blog writer to have lots of comments! I hope you enjoy these blogs. :)

It needed a happy ending

Yesterday I was watched a movie with Princess Belle (I love that she is at the age that we can watch movies together and both enjoy them). In the movie, the female lead passed away. I think it was the first movie that Princess Belle had seen where one of the main characters died. She was understandably upset. So after the movie was over, she decided to rewrite the ending of the movie.

She came up to me carrying some pictures:

I hugged her and told her it was a much better ending.

The theme this week is PURPLE, so I decided to share some pics of Princess Belle with a purple flower. She was just playing in the park with a flower she had found and I took the opportunity to start taking some pics!

I saw that Lisa-Anne at The Berry Patch was doing a Weekly TOS Crew Blog Walk and I thought it was a marvelous idea, so I am joining in! I missed last week, so this I thought I would go back and visit those blogs too.

Thanks to Debbie at Debbie's Digest for the cool graphic!
So, I am checking out the following ten blogs. These are all members of this year's TOS Homeschool Crew.

These are all I can think of now, I will add more as I think of them. Add yours in your comment for fun!

I saw that Lisa-Anne at The Berry Patch was doing a Weekly TOS Crew Blog Walk and I thought it was a marvelous idea, so I am joining in!

Thanks to Debbie at Debbie's Digest for the cool graphic!
This week has me checking out the following ten blogs. These are all members of this year's TOS Homeschool Crew.
at 14:25 1 comment:

It’s official! I received my first item to review for the 2010-2011 TOS Crew voyage. I am really excited, so I thought I would share the title now, to wet your appetite for when I post my review late next month when it is due.

It is the e-book Travel Kits. It sounds great and I love the idea of ways to keep the Princess Belle happy and cheerful when we’re in the car for a while, like when we are driving into town to get groceries. So watch for the review of what looks like a wonderful resource.
at 11:45 No comments:

I am so upset. A town I used to live in a few years ago was hit by what they think is a tornado. The trailer park that I used to live in and that several of my friends lived in was destroyed. I haven't lived there for a number of years, and it is silly for me to be so upset, but I am.

I am loving my new look. Every time I come over and look at my blog it makes me smile.
at 11:17 2 comments:

Well, as you can see I have rearranged things around here a bit. I just got to thinking that I was tired of green and needed to spruce things up a bit. I have to say, I really like this color scheme. The pink is courtesy of Princess Belle who informed me when I asked her opinion that if she was choosing a color, it would be pink because that is her favorite color. LOL
I was up WAY to early this morning. One child got up and the proceeded to wake up everyone else in the house, you know how that goes. But it is only 9 am and I have done dishes and laundry already this morning, so that is something.

I am still trying desperately to find a house to move into. I am amazed at how much rent prices have gone up in the last 4 years. They have increased by almost 50%, and of course our income has not increased by that much so it does cause some difficulties. But, at this point, I just want something to be available. Anything at all. I found a place an hour from where I want to live that costs $350 more than the last two I looked at and I am still considering it. That is how desperate I am to get out of here and make my girl's life better.

Princess Snifflefritz has gone back to waking me once a night now that she has her tooth in. Please let us hope that she doesn't get any more for a while. I need the rest.

Princess Magpie has taken to taking off all her clothes when she in her room "sleeping". This is so NOT fun. I was thinking about transitioning her to a toddler bed, but I am not ready for her to have full access to her room when she is making messes like that. EEEEWWWW

I have come to the conclusion, I am listening to entirely too many kids shows throughout the day. I find myself working away quietly humming a Wiggles or Imagination Movers tune. This is no good. LOL I also find myself rocking a baby that isn't in my arms any more and pushing the broken baby swing when there is no baby in it. (It is broke so I sit beside her doing something else with one hand and pushing her with the other.) Yes ladies and gentlemen, I am slowly losing my mommy brain entirely. If you find me standing still in the grocery store with a cart full or formula, diapers, peanut butter and goldfish, staring blankly into space, quietly rocking a bag of flour while singing a Wiggles tune. Please forgive this sleep deprived mommy and point me in the direction of the checkout, okay?
at 08:28 2 comments:

I am feeling better today. I am remembering back to the other times in her life, when I felt that Princess Belle was extra stressful and misbehaved and I am remembering that it was always related to some change happening. She doesn't do change well. It bothers her, it stresses her out and she can't articulate it, so she acts out. It is all a part of her Autistic personality. Knowing that makes it easier for me to not feel like such a bad mom. I have to guide her and love her and not let her get away with bad behavior, but I have to understand as well.

We are going through a big change, we are moving. But it is being dragged out as we wait to find a place. That is stressful for me, so I can understand how a long drawn out big change like this would be stressful for her too.

I talked to her today. We discussed the move and how long it is taking. We talked about her feelings. She got a bit teary when she discussed how lonely she is here. I truly feel like I have hit on the reason for her behavior lately.
at 09:44 2 comments:

I feel like sometimes I am failing as a mom with her. Once upon a time, I thought all I needed to do to be a good mom was love my kids and do the best I could to guide them and give them a good home, but with her, I am not sure that is enough. I am lost and I don't know what to do.
at 16:08 1 comment:

I just found an article about my blog! Check it out: Most popular blogs for moms!
at 15:57 2 comments:

The theme this week is SIX, so I thought I would share pics of Princess Belle when she was just six years old. It seems like only a day or two ago instead of almost three years ago.

The theme this week is Bubbles, so I thought I would post a pic of Princess Belle back when she was a baby. 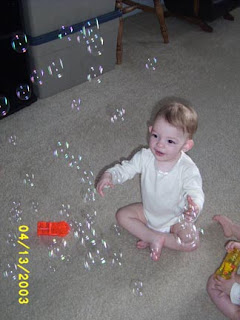 As promised, here are our pics from our drive around town. It was really nice to see the kids with the horses. And the house with the odd shapes everywhere is called "Jack's Rubix Cube"! Can you guess why? I have a fondness for old deserted houses, they just seem to have a history and wonderful air about them that I love so much.