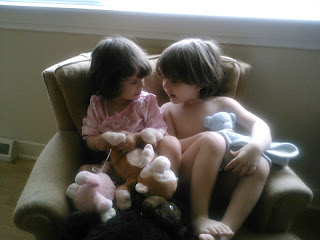 Four year old, Princess Magpie is scared of bugs.  She is the only one of our girls who are.  So I found this particular conversation funny.  Two year old, Princess Snifflefritz called out to me to show me that an ant had gotten in through the window.  It was a tiny tiny tiny ant, so I stepped on it and said, "see I squished it!".  Well Princess Snifflefritz went off to see if she could find another one by the window and when she did, she called out to me to squish it again.  I told her she was a big brave girl and she could do it.  She did and was so proud of herself she did a little dance and thought this was a fun game and so she went to find another one and squish it too.  Princess Magpie was up on the bed with her feet tucked under her and pointed out another one.  I told her, "Okay, you squish it!" and she thought about it, looked a little terrified of the tiny little bug and said, "No that's okay, she can do it."

My big brave, rough and tumble four year old Princess Magpie decided that her usually quite timid, two year old sister could rescue her from the bugs!  (Note, don't worry, we got rid of the ants) 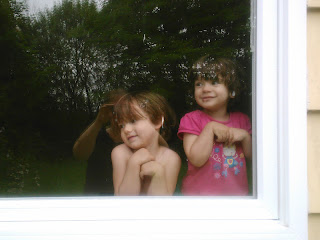